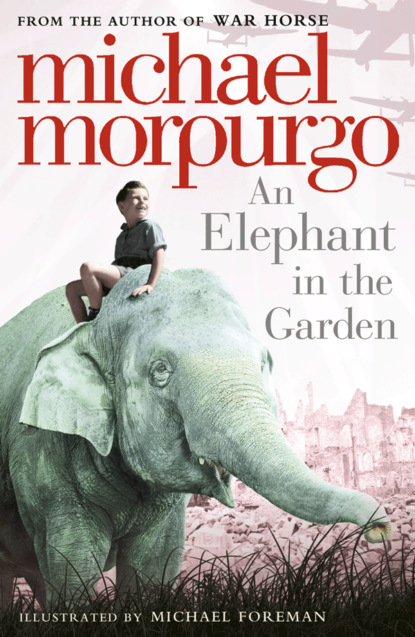 A thrilling and moving novel about an extraordinary animal caught up in a very human war, for anyone who loved The Amazing Story of Adolphus Tips or The Butterfly Lion…It’s 1945. Elizabeth's father is fighting with the German army on the eastern front. Her mother works at Dresden zoo, where her favourite animal is a young elephant named Marlene. When the zoo director tells her the dangerous animals must be shot to prevent them running amok if the town is bombed, Elizabeth's mother moves Marlene into the back garden to save her… and then the bombs start to fall.Their home destroyed, Elizabeth and her family must flee the bombed-out city and through the wintery landscape, all the while avoiding the Russian troops who are drawing ever closer. It would be hard enough, without an elephant in tow…

Visit us on the web at Visit Michael Morpurgo at

Michael Morpurgo and Michael Foreman reserve the right to be identified as the author and illustrator of the work.

All rights reserved under International and Pan-American Copyright Conventions. By payment of the required fees, you have been granted the non-exclusive, non-transferable right to access and read the text of this e-book on screen. No part of this text may be reproduced, transmitted, downloaded, decompiled, reverse engineered, or stored in or introduced into any information storage and retrieval system, in any form or by any means, whether electronic or mechanical, now known or hereinafter invented, without the express written permission of HarperCollins e-books.

This book is sold subject to the condition that it shall not, by way of trade or otherwise, be lent, re-sold, hired out or otherwise circulated without the publisher’s prior consent in any form, binding or cover other than that in which it is published and without a similar condition including this condition being imposed on the subsequent purchaser.

For Bella, Freddie and Max